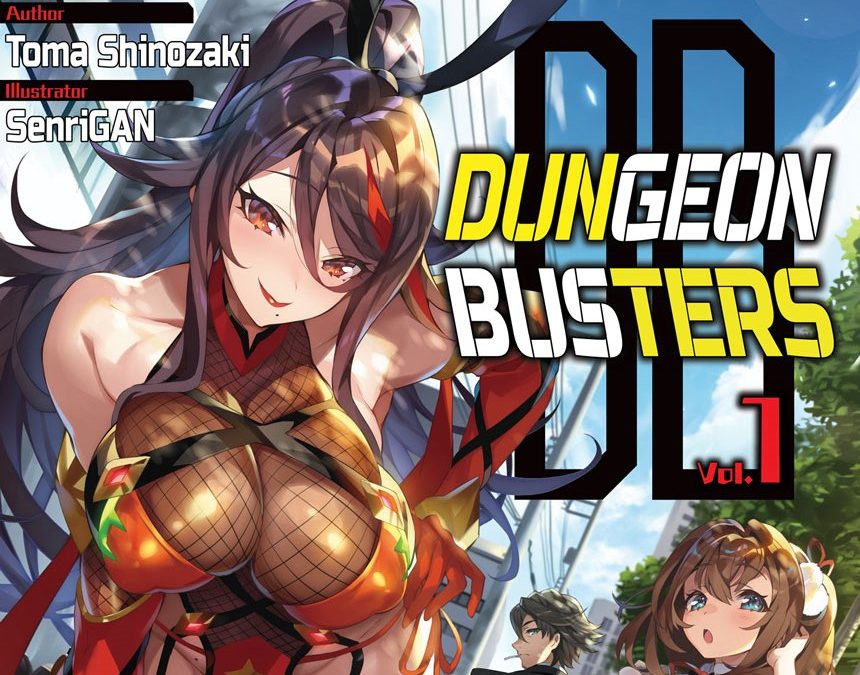 WHOOOOOO!!!!! NEW SERIES, GUYS!!!!!!!!!!
Ok, for those of you going, “Ugh, it’s not Secret Org,” hold on.
This one is actually quite similar to Secret Org in that it’s a low fantasy series that tries to take a more realistic take on the “what if ___ happens in our world” genre.
This one is not “what if superpowers appear”, but “what if dungeons appear.”
No weird leveling up nonsense, characters in this work have to work hard to get strong, and levels (called Ranks here) don’t make someone stronger, they only reflect growth. Interesting flip, right?
Then, to crank up the realism, REAL COUNTRIES APPEAR IN THIS WORK. (Though all the names are redone a bit; some of the renamings are quite funny/interesting.)
To that end, I’ll try to post footnotes in every release notification post I publish here on my site (footnotes will also go onto the JNC forums). Hope they help make it an even more enjoyable experience for you!
Here’s the official blurb, see if it tickles your fancy:

Clear all the dungeons! There are 666 of them and 10 years to do it.
If not, the only thing that awaits…is total annihilation.

Ezoe Kazuhiko suddenly finds a mysterious underground space in his yard. When he steps into what turns out to be the very first dungeon in this world, he ends up activating the Dungeon System and learns from the mysterious beauty who appears to him, Akane, that the world is doomed to destruction if the 666 total dungeons who will be appearing in this world are not all cleared within 10 years. As countries begin taking measures in response to the dungeons appearing all over the world, Ezoe seeks out companions together with whom he establishes Dungeon Busters Inc., a company dedicated to clearing all the dungeons in the world! The curtains rise on this dungeon-delving epic with overwhelming realism!

However, I am being up front about this, but this is a J-Novel Club release.
Part 1 of every (I think) book is always free to read (each book is split up into either 8 or 10 parts depending on the length), but in order to read the rest, you do need to be a J-Novel Club Member (US$4.95/month to read ALL the ongoing series on the site, not just this one).
Sorry it’s become a spiel, but if you can afford it, and if I’ve perked your interest, go for it 😏
(If you can’t afford it or don’t want to, no judgment! Stay tuned for more Secret Org from me 👍 I promise I’ll get back to it asap, really!)

Alright, so that’s all the admin/announcing stuff out of the way.

Here’s the chapter, for those who want to jump right into it: JNC

And below are the footnotes for Part 1! (mixed with my own comments haha; hey, I wanna have fun with the series too! But read them after reading the chapter, there might be small spoilers in my reactions.)

And since it’s a series launch, you get TWO parts at once! So here are the footnotes for Part 2!

And that’s it for this time. Hope you guys like this series!
This one is being broken up into 10 parts, with Part 3 coming next Monday, then all subsequent parts coming out every Monday. Whoo!

As always, feel free to point out grammatical mistakes, typos, and the like on either the relevant JNC forum or on the #translation-talk channel on our Discord.
Also just let me know what you thought about this part! I always love the theorycrafting kinds of comments hehe 😁