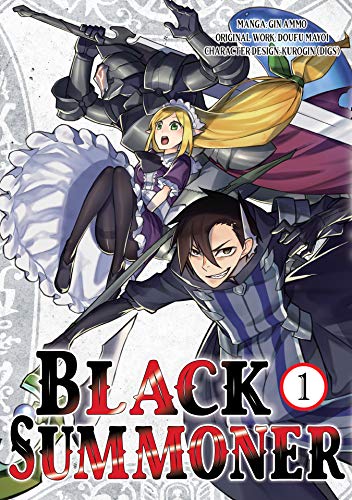 “If you truly want to get stronger, you have to challenge and defeat those stronger than yourself.”

While being transmigrated to another world, Kelvin bartered away his memories for a collection of powerful new abilities. Setting out on the ultimate adventure as the world’s strongest Summoner — with his first Follower being the very goddess who brought him over! — he soon discovers his true nature as a battle junkie. Someone wants to pick a fight? Sure, bring it on! Facing off against one formidable foe after another, Kelvin can hardly contain his delight as he revels in the absolute exhilaration of a good fight! The curtain rises on the start of an epic saga as this black-clad warrior and his allies carve their way into the annals of history! See the colorful characters and the thrilling battles come to life in this visual retelling of the light novel series by Doufu Mayoi. 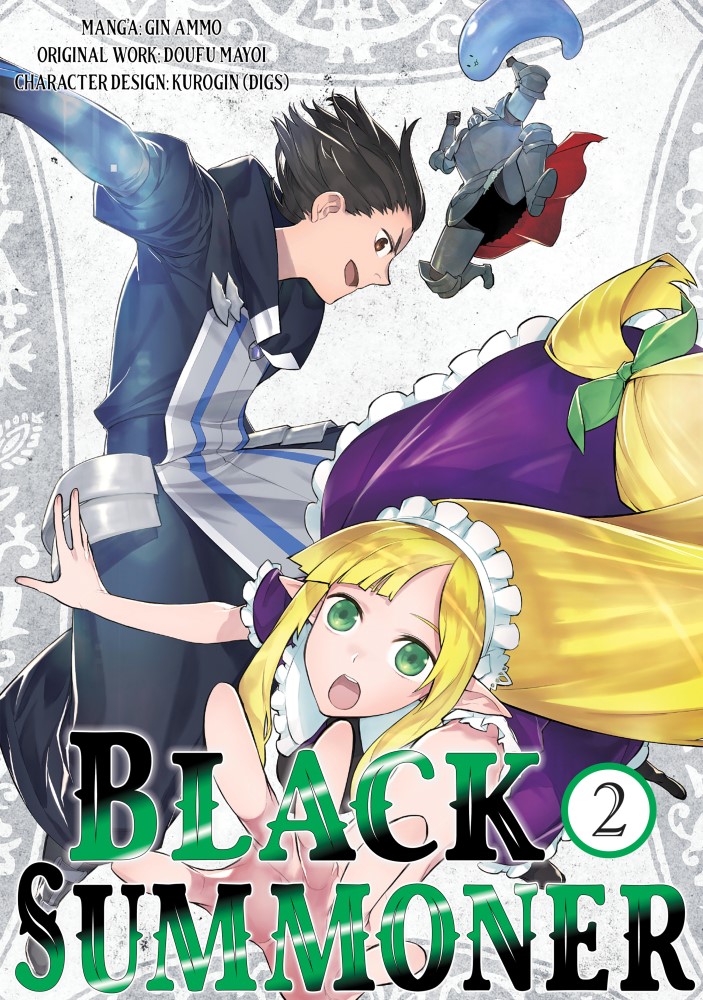 “Well, that’s because we have no doubt that we can beat you!”

Ever since arriving in a new world, in possession of rare and powerful abilities that he acquired by bartering away his memories, Kelvin has steadily continued building up his party by gathering powerful allies one after another. Now, the threat of a demon — a race only told of in legends and stories past — looms over Parth, the City of Peace. As the most powerful party in the area, Kelvin and his allies are tasked with the investigation and handling of this new threat — only to walk into a life-and-death fight with a Rank S opponent!

Our snarky, fun-loving battle junkie faces his most formidable foe yet…but luckily, he’s got some of the most formidable allies around to combat them! The exhilarating battle fantasy journey continues as this black-clad warrior and his companions continue to leave their mark upon the world! 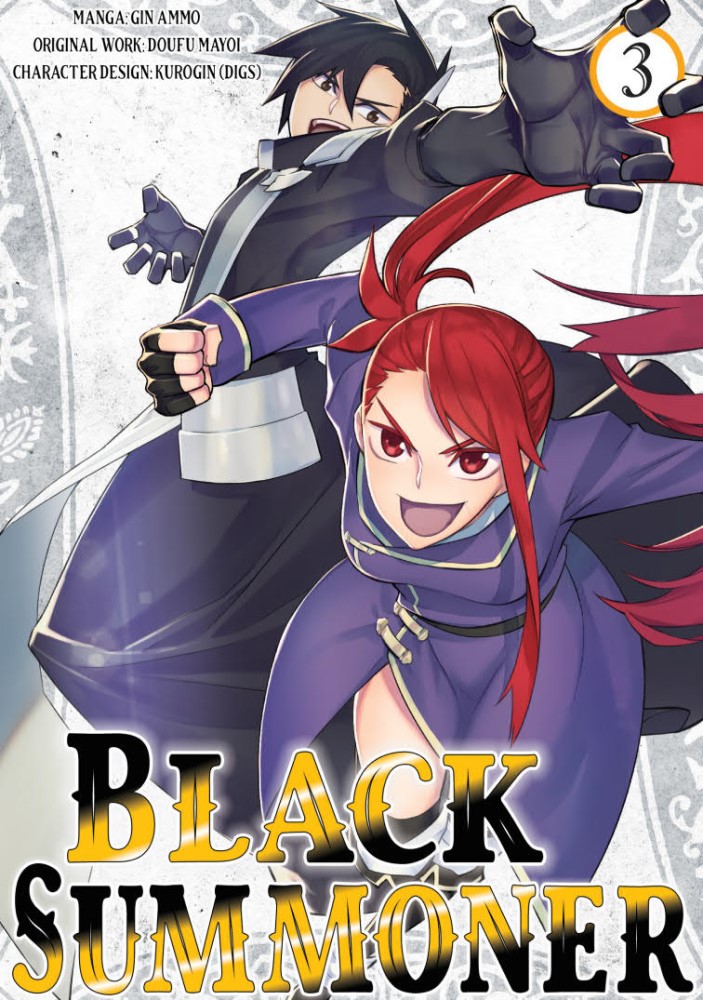 “Leave your idealism at home. If you wish to change the world, first get strong enough to do so!”

After Kelvin’s forces are bolstered by the addition of Sera, the daughter of the late Demon Lord Gustav, the party sets out for Toraj, the Country of Water. There, who do they encounter but…the Heroes of Deramis?! With the promise of combat on the horizon, there is no way our favorite battle junkie would miss out on such a perfect opportunity. He waits in anticipation for the clash against the Heroes of Light, Wind, Water, and Darkness, and if a few pesky bandits mean to get in his way…well, he’ll just have to “play” with them too! Join this black-clad warrior and his allies as they travel abroad in the third volume of an epic journey! 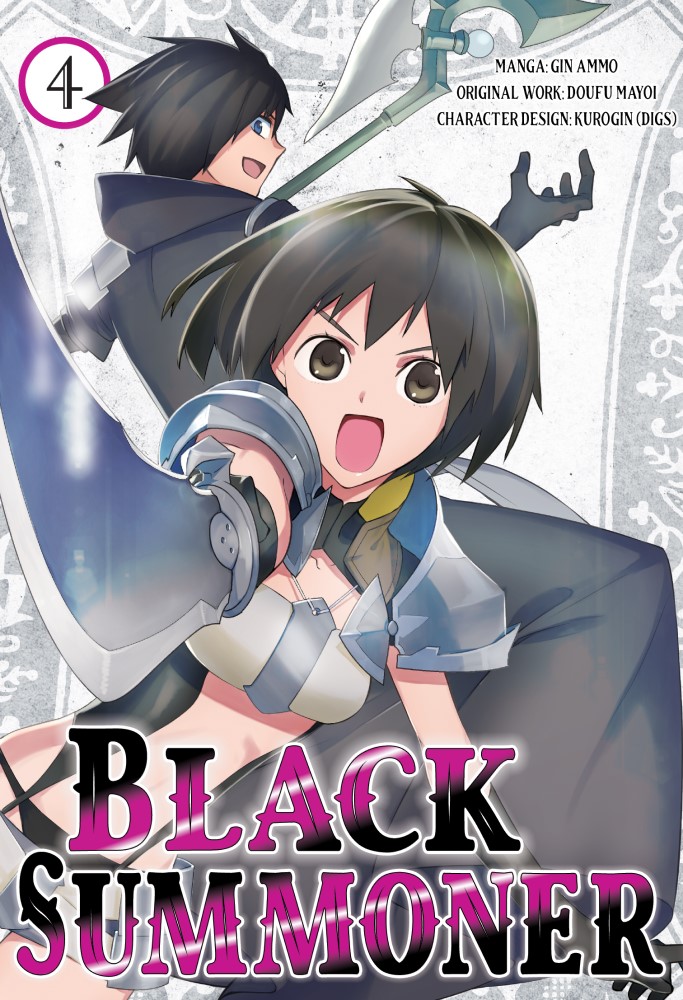 After wiping out Black Wind in Toraj and fulfilling his desire to fight the Heroes of Deramis, Kelvin returns to Parth just in time to greet the goddess Melfina, who has finally finished preparing her artificial body and is ready to join the party in person.

Along with her descent to the mortal plane, she bestows the Blessing of the Goddess of Reincarnation upon Kelvin, which enables him to summon a Hero of his own!

As Kelvin’s party continues growing in size and in strength, the militaristic nation of Trycen stirs in the shadows. Amid the rapidly changing situation, Parth’s ultimate battle junkie receives notice of his Rank S promotion exam, which requires him to…solve a mystery?!

Join this black-clad warrior and his allies as the action ramps up even more in the fourth volume of this epic journey! 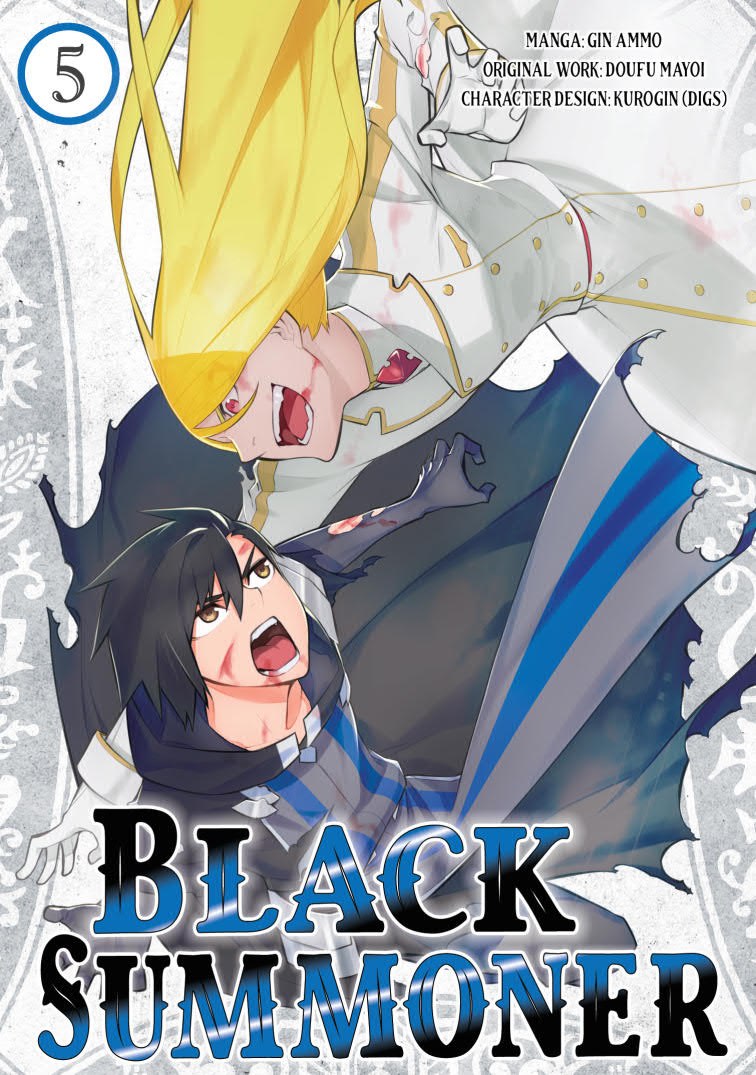 “You sure are powerful—far more than anyone else I’ve ever fought!”

After Kelvin’s party gains its newest member—Rion, a Hero summoned from Earth—they all head for the Forest of Crests, arriving just in time to intercept an entire Trycenian force accompanied by a Rank S monster that is closing in on the Village of Elves. To make matters worse, they then encounter the despicable and depraved Clive, who possesses power on par with Kelvin’s.

The black-clad battle junkie and his friends fight with their lives on the line, but the enemy’s strength turns out to be even greater than what they could imagine! Join this adrenaline-loving warrior as he brings all his magic to bear in this stormy fifth volume of an epic journey!